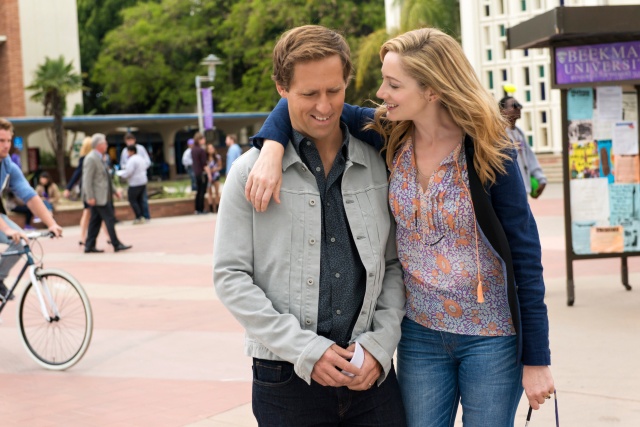 Can a show get too comfy and still be funny? Yup. Another really good episode in a great season on TV. From the review of the thing:

So, when Lina starts improvising a whole new life for them in order to compete with her former classmates (all of whom are not only represented in their naked, youthful glory, but who all seem to have gone on to glamorous, successful lives), Russ agrees that, yes, they do own a B&B in wine country, grow their own grapes, and have no kids—but do own matching Harleys. (He can’t help teasing her that they actually have three Harleys, and that the littlest one was a result of “riding without a helmet.”) Lina’s game—eventually getting Holt to bring the party up to that off-limits roof garden (closed due to its popularity as a suicide destination)—is a little absurd, sure. But both she and Russ realize that their shared gamesmanship in being just a little crazy and naughty is another indication of how that first kiss in the roof garden way back when was not the mistake they sometimes imagine it to have been.

With only three episodes left and the show’s prospects for a third season not…how do you say…looking too good-like, it’s time to savor a uniquely thoughtful and funny show. Also—FX, I’d like you to renew this show. That ought to do it.

This entry was posted in TV Reviews and tagged Married, The AV Club, TV Reviews. Bookmark the permalink.