Claim my junk… for the greater good. (And so I don’t have to pack it.)

Spurred on by a number of things, I’ve come up with a plan to give you some of my stuff.

—Our apartment is ridiculously small and getting smaller with every trip to Goodwill or a yard sale I take.
—We are moving! To a huge, weird old house! Sure, it’s probably haunted, but that’s part of the appeal. Also, I do not want to move one single thing I don’t have to.
—I am constitutionally unable to resist a great movie find—even if I have the thing in question already or have no remotely real need for it.

—I am constitutionally disposed to battle this Republican shitshow in any way possible.

So here’s the deal:

Donate any amount to any of the following organizations: ACLU, CAIR, Lambda Legal, NAACP, Everytown For Gun Safety, Planned Parenthood, NARAL, DonorsChoose, or, basically any organization whose values represent the sort of humanistic concerns the Trump administration stares at blankly, as if they are communications from another world. Or, hey, donate to a Democratic candidate out to unseat a conservative jackass. Make the case. Sure, the more money you donate to these worthwhile organizations, the better. But simply knowing that I steered a few pennies toward them will, again, keep me sane. You, too, maybe. I’m not a doctor.

Send me a copy of the receipt. (Here or to perkins_dennis@yahoo.com.) Minus any compromising information, which, c’mon, I shouldn’t have to tell you that these days. Smarten up. My rules: First bid, first choice. Also, it’s gotta be a new donation. Don’t try to game the system. Basically, this is a goof—don’t turn it into a huge waste of time!

Pick any of the used but fully functional and lovingly cleaned up DVDs, boxed sets, CDs, tchotchkes, or assorted media I’ve got rattling around my gradually-boxed-up apartment. Then I’ll mail it to you, at any address you want.

That’s it. Sort of charitable. Sort of utilitarian. Definitely one more of the tiny ways I’ve chosen to retain my tenuous grip on sanity in the face of this hateful, ignorant garbage.

Let’s do this thing… and TAKE MY JUNK! I don’t care how that sounds! 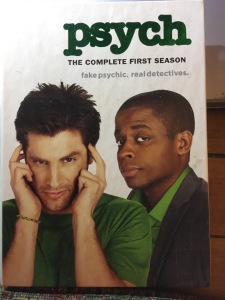 —Wet Hot American Summer on DVD. The movie! Still sealed. Found at a Goodwill I know that hasn’t gotten in on the whole “jack up the movie prices” train like some fancy-pants Goodwills I know, so it was just sitting there for a buck. I am not strong. Plus, who would give this away? Some people…

—The Baxter on DVD. Sticking with the whole The State alums idea, I love this movie from writer-director-star-mensch Michael Showalter. Sort of like Show’s ideal version of the rom-com he parodied with David Wain in They Came Together, it’s an indie-minded, genuinely sweet and funny little gem of a movie. Michelle Williams is just outstanding.

—Grand Piano on Blu-Ray. John Cusack taunts pianist Elijah Wood for some reason. I cannot resist any Blu-Ray for a buck. I’ve heard it’s not bad-ish. Sort of a palate cleanser. 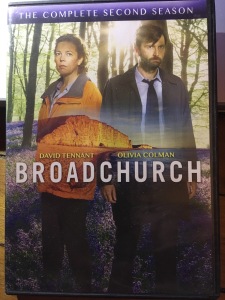 —Jack Taylor: Set 1 on DVD. Starring Iain Glen, who everyone knows as that guy who loves that lady on that Thrones show. He’s a good actor. This is probably another season’s worth of depressed British criminality! 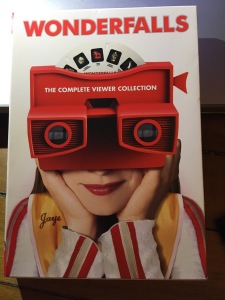 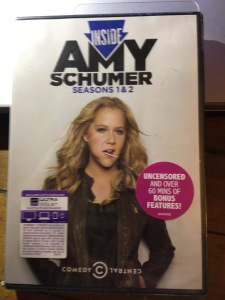 —Inside Amy Schumer: Seasons 1&2 on DVD. Still sealed! Who gives this stuff away, anyway? Buncha weirdos out there.

—Injustice: The Complete Miniseries. Five episodes of some more British murderous dourness! Starring James Purefoy! The Following was not really his fault!

—Storefront Hitchcock on DVD. Of course, Stop Making Sense is the best concert film ever made. (Fight me, you’ll lose.) But this more intimate concert film, also by Jonathan Demme is as strange and fascinating as its subject Robyn Hitchcock himself. Plus, it’s out of print, you guys. (The cover’s a little janky, but the disc is fine. Relax, you.)

—It’s Always Sunny In Philadelphia: Seasons 1&2 on DVD. Man, I could write thousands of words about why this is one of the best sitcoms in TV history. Oh, wait, I have. Boom, lawyered.

—Bioshock for PS3. I genuinely do not know why I have two copies of this. I may have bought this used one in some sort of fugue state. 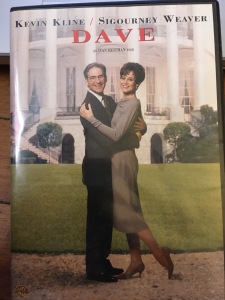 —Dave on DVD. This is just a good movie. About an unqualified president who turns out to be a decent, patriotic human being. Ah, fiction.

—The Invisibles: The Complete Series on DVD. British mystery/comedy series. It’s got Giles!

—Ziggy Stardust And The Spiders From Mars on CD. One of the joys of moving is discovering you were dumb enough to have bought two copies of the same record over the years.

—Naked by the Talking Heads on CD. It’s got a monkey on the cover! 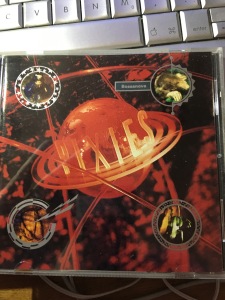 —Bossanova by The Pixies on CD. If you don’t like The Pixies, well, I don’t know what to say to you. Pick something else, I guess. Go in peace.

—Shakespeare action figure! Speaking of random crap I have two of, inexplicably.

—Purple Rain. Can you really have too many copies of Purple Rain? Well, you can when you look at the mounting mountain of moving boxes you’re going to have to hump across the state. Come and get it.

—Nanobots by They Might Be Giants on CD. I got this one as a duplicate gift. There’s no such thing as a bad TMBG album and this one has “9 Secret Steps,” a haunting hidden gem that I wrote about in this list for the site Sports Alcohol.

—’Toons For Our Times-Bloom County. I have two of these, it turns out. I cannot overstate how much this strip got to me as a teenager. Still good stuff.

—Sex, Drugs, And Blueberries (DVD and book combo pack!) From Maine writer/filmmaker Crash Barry, this is a no-BS tale of a guy trying to make a living in the Maine blueberry fields. Barry made an indie film of his own book, and both are really solid. (Also, should Crash read this, I have two copies of each, please don’t be mad at me.)

This entry was posted in Fuck Donald Trump, Me stuff. Bookmark the permalink.