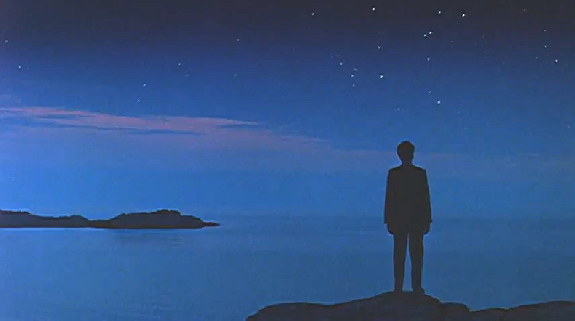 Because humans love round numbers and artificial markers in our lives, here’s everything I can think of noting in the last 60 minutes of 2015.

I am now a full time writer. Sure, I had to wait until getting kicked out of the nest (see #2) instead of striding manfully into my lifelong dream like a manly man. Still, since August my only source of income (and thus sustenance, money, and food, and stuff) has been what comes out of my own head (that I can get people to pay me for). It’s gone well enough, especially since I don’t spend much, and my bank account sits about where it was in August. So, win, Dennis. Keep it up, tiger.

Videoport died. I worked at a great indie video store for 15 years. I loved it, despite the million daily indignities that go along with working when you’re not just typing away at home in your underpants all day. I met my incalculably amazing wife and life-wife, and partner-in-life, Emily there, when I wowed her with movie knowledge and she decided she liked my butt. (She tells me that all the time, still.) I even got paid, and got some serious, brain-career-aiding publicity out of the deal, writing about how much it sucked when Videoport died.

Everyone I love lived through 2015. Let’s keep it up, people.

Mystery Science Theater 3000 is coming back in 2016. That’s a good thing. I donated to the Kickstarter. I’m oddly prideful about that.

On the brain-money front, I’m still writing at the AV Club, which is still, some three-plus years in, incredibly, bewilderingly flattering. It also builds up my self-esteem on a daily basis, which takes some of the edge off.

And thanks to the Portland Press Herald, which has employed me to write even longer. I always think I’m going to run out of Maine movie news to write about, but those crazy kids in the Maine film scene just aren’t gonna stop.

Emily and I are making a shockingly good go of it living in the same apartment literally 24 hours a day, every day. At least since August. If you knew the size of our apartment, you’d be asking us to host a marriage advice podcast, or flooding us with desperate emails and letters begging us to give out our secret. My take: We like each other, we both have our own work to do (Emily’s a writer too—also at the AV Club most of the time—and she’s much better at it than I am even though she started much later), and our individual crazinesses generally synch up so that there’s at least one sane person around at any one time. She also has a great butt, so we agree on that point, all around.

Therapy’s a good, helpful thing. I feel more together than I ever have, ever. So, thanks, Doc. I’m still fucking nuts (depression isn’t going anywhere, despite your efforts), but I feel better equipped to handle it than at any time in my life.

Thanks to Twitter mostly, I’ve better gotten to know a lot of my AV Club colleagues, and various other smart and talented people better this year. It’s made me feel more like I belong, both at the AV Club and as a writer in general. I was worried (a euphemism for fucking petrified) of the transition. There was the fear that Emily and I would drive each other crazy (a euphemism for Emily realizing that having me underfoot every day is far too much Dennis in life), and the equal fear that I wouldn’t be able to harness enough discipline to write as much as I had to to stay alive. Oh, and let’s not forget the ever-present terror of everyone realizing I’m a hack and all work drying up forever. But I’ve loved living what I call being “a gentleman of leisure” but what I really picture, especially when I’m in the middle of a ten-day streaming series binge-review, is this:

I do have things I want and plan to do better in 2016. I want to see my friends more, especially now that I—theoretically—have so much more free time. (I don’t actually have that much free time, even as a full time writer-guy, which baffles me, really. I was working full time at Videoport and doing all this writing? Really? Was everything I wrote just hastily scribbled nonsense? Don’t answer that.) I want to use my theoretical free time more wisely, getting outside more instead of allowing the life of the mind to completely envelop the life of the body. I have this picture in my head of the ideal writer’s life—John Irving got imprinted pretty early on—and I want to get on that. A busy writing life, spread over a number of disciplines and projects, coupled with sport and friends and life and love! (See any John Irving author photo for a sense of what I’m getting at.)

Carrying on the 2016 tip, there’s always the idea of making dumbass New Year’s Eve promises to myself, so here are a few, dumbass! Starting a file of memorable moments from movies/TV/books to aid in year-end lists and broader, overarching, and lucrative thinkpiece articles. Watch more movies—I’m not complaining, but all this AV Club TV reviewing has made me TV boy. I used to be,  almost exclusively, movie boy. I miss movie boy. Learn to cook new things (I have a few solid standbys, but I want to expand the repertoire. (I’m sure Emily will appreciate that.) I want to read more, too, but who are we kidding.

In general, I want to be more engaged in my life. It’s always been my safe little shell, cultivated and protected, of scurrying out into the world to do all the things that it or “they” (whoever I imaged they are) had set out for me and then scurrying back home again where I could do… nothing. It’s not a way to live, born as I’ve come to understand it is of some childish, fearful need for isolation, and safety. I want to live like the person I feel like I could be. I’ve taken steps this year, my hand forced or not, and I’ve derived no insignificant slice of courage and self-regard from what I’ve done. I don’t imagine—the good Doctor’s best efforts notwithstanding—that I’ll ever see myself as a “grown-up” (a loaded term ever in my head). I feel like the awkward goof, the overachieving faker who’s run too far out and is waiting for the ice to crack. But I’m here, and I’m better, and I’m making a living as a writer. That’s been my dream since I was twelve—and I talked a librarian into letting me take The World According To Garp out of the grown-up library. It’s take a long time, much longer than it should have, maybe. But I’m here. It’s 2016, and I’m a writer. I like that.

This entry was posted in Me stuff and tagged Me stuff. Bookmark the permalink.